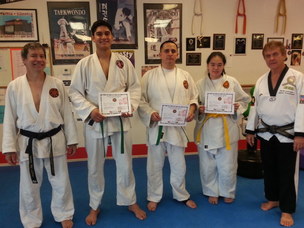 What is Nihon Tai Jitsu?
Nihon Tai Jitsu is a martial art created by 10th Dan French Master Roland Hernaez, based on the late Master Minoru Mochizuki's Jujutsu with added techniques from the Shorinji Kempo.
This martial art is self-defense oriented and uses a combination of strikes, joint locks, choking and throwing techniques following the Jujutsu "soft way" tradition.
Tai Jitsu is translated from Japanese to mean “Body Techniques” Nihon denotes the Japanese inspiration and heritage.   While rooted in tradition, it is also a modern method of personal defense based on attacks as they could occur in the daily life. 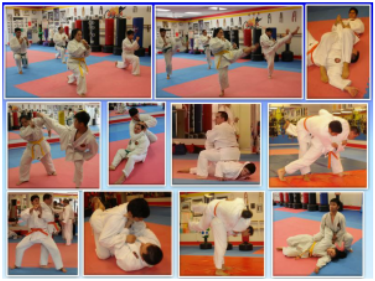 During the first part of 20th century, the style was enriched with numerous technical components of Mochizuki Shihan's Yoseikan Dojo. The prestigious Master Minoru Mochizuki brought it for the first time to Europe in 1951, beginning its expansion outside of Japan, by means of his disciple, the French Jim Alcheik.

After WW2, it is in Europe that the Nihon Tai-Jitsu became an even more complete Martial Art (Budo) under the influence of Jim Alcheik and his student Roland Hernaez.  As an exceptional Educator and Sport Teacher, Roland Hernaez Sensei was able to develop the basis of modern Nihon    Tai-Jitsu, adding various educational components, a progressive learning method, some influence from Shorinji Kempo and a very effective teaching method.